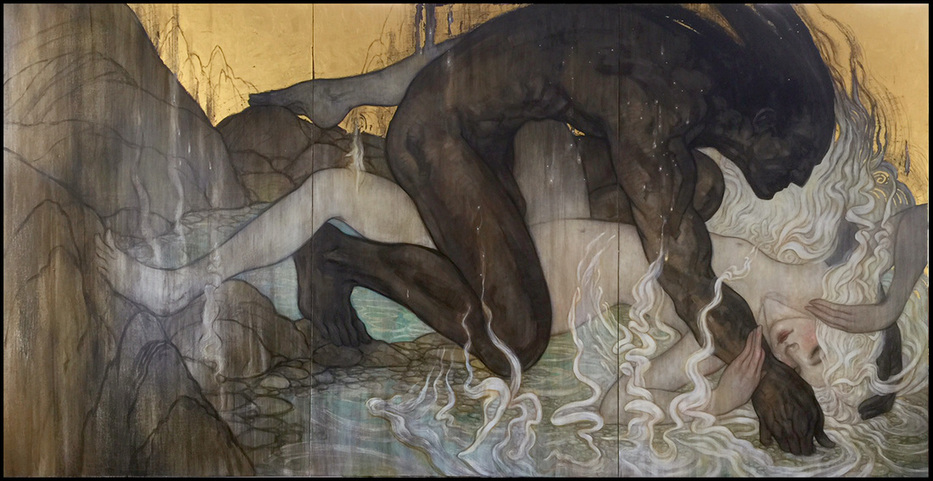 "The Moth", Oil, 48x90 For Jonathan LeVine, INFRA-Real group exhibition August 2015
"Guay's artwork shows a distinct influence from the great Renaissance masters, revamped with a fresh dosage of contemporary cleanliness and edge. Depicting the lush, effervescent world of nymphs, gods and goddesses, these [images] capture an otherworldly realm rife with a softened kind of carnality. "
-Juxtapoz

"Rebecca work is just plain scary . Not the subject matter (refreshingly and unapologetically romantic) and not how well she can draw and paint (though she is really really good)--No, for me it's her amazing eye for design and composition, the way she weaves patterns through things. It's the way the figures fit together, it's the hair, those wisps of drapery and whatever the hell else is blowing around though those pieces. That's the magic stuff. That's the stuff that drives me crazy." -Mike Mignola ( artist/ creator of HELLBOY) 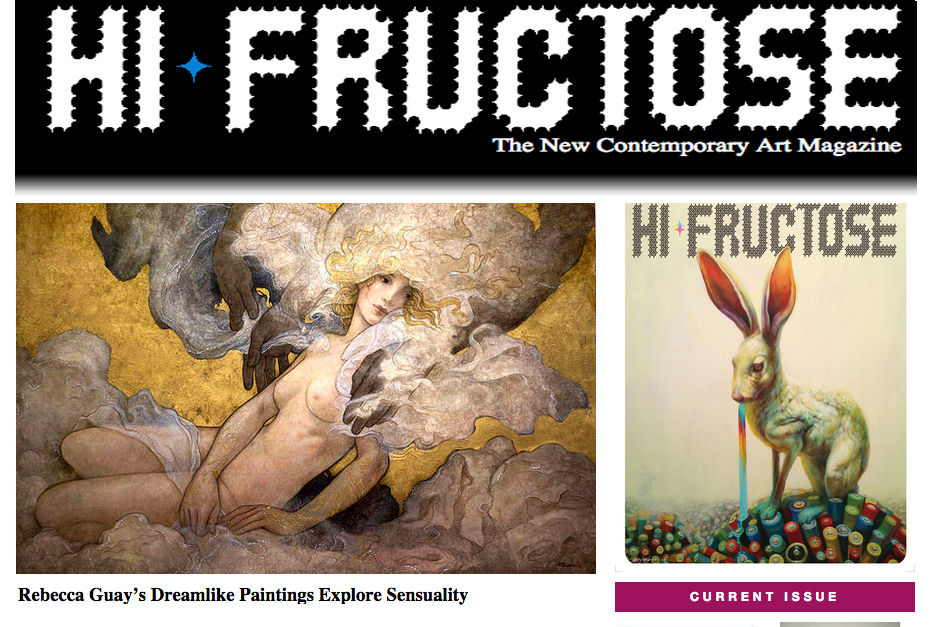 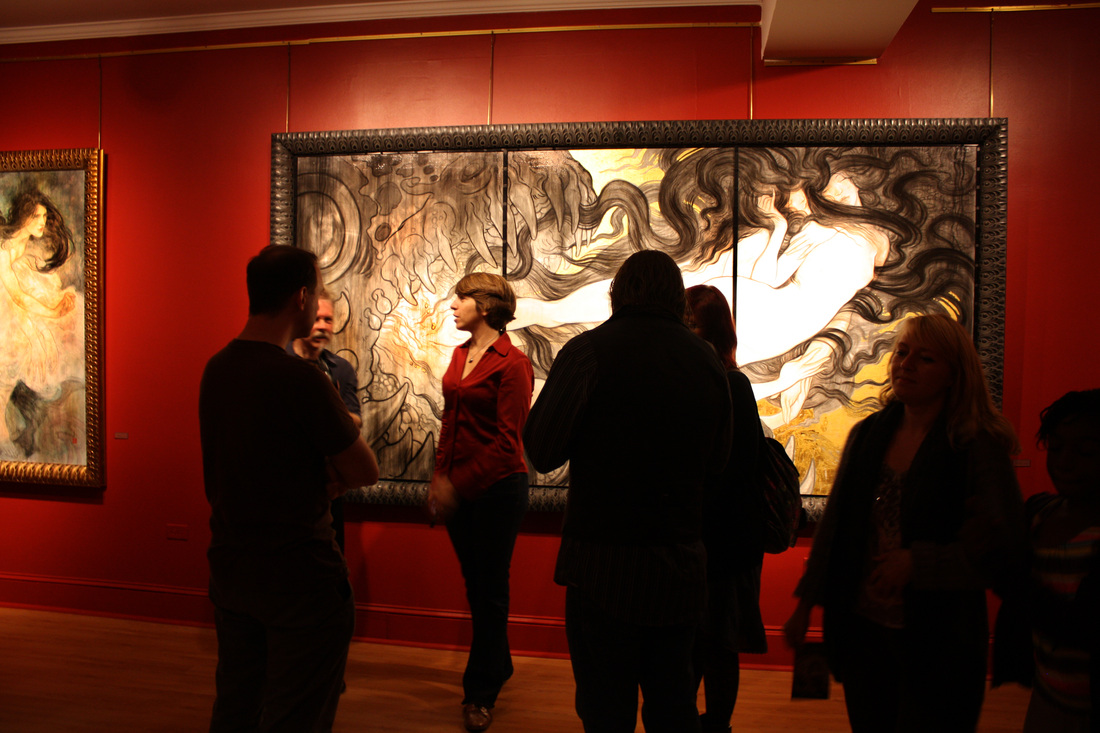